Pakistan Cricket Board is being criticised for having a closing ceremony of the Pakistan Super League despite the horrific Christchurch mosque attack on March 15. 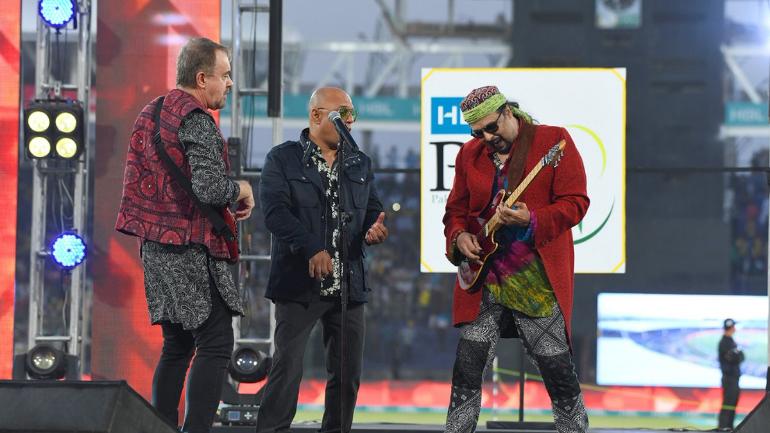 Pakistan Super League had many music performances for the closing ceremony. (@PSLt20 Photo)

“Cricket must not be stopped due to terrorism,” PCB chief Ehsan Mani said, defending the decision to organise a music-filled PSL closing ceremony despite terrorist attack on two mosques in Christchurch.

The Pakistan Cricket Board is facing public ire for not being sensitive enough considering that at least 50 people were killed during the Friday prayers in the terrorist attack.

Mani said the ceremony was actually ‘toned down’.

“We acknowledged the incident, observed a minute’s silence, released pigeons and cut out dancing. All the songs too were iconic Pakistani songs,” said Mani.

He claimed that Pakistan is the worst victim of terrorism and cricket should not be stopped because of terrorism or terrorists.

Mani said that the incident in New Zealand proves that terrorism is a global menace.

“We had a dilemma due to the unfortunate New Zealand incident. People forget that we are also the victims of terrorism. Now the world knows what challenges are there. Pakistan’s problems are not different to anyone else’s.

“It doesn’t mean we should gloat. We will work with them and share our experiences but cricket should not stop. If cricket stops due to terrorism then it’s a victory for the terrorists. Players’ safety is of course important and cannot be risked but the game must go on too.”

Mani said the fourth edition of the PSL had been a big success with some 35 foreign players coming to Pakistan to play for their franchises.

“The comfort level of the foreign players while coming to Pakistan is different now from two years back. They now want to move and explore the city and meet the people.

“The most impressive bit was how the Karachi crowd supported us. Some 200,000 came to watch these matches, and from what I believe, 150 million saw the matches on TV.

“This was a remarkable endorsement of PSL. Due to the geo-political situation, it was important that we demonstrated that Pakistan is capable of holding such an event.”

Mani said they had invited security experts from other countries so they can themselves see how we organise PSL.