Avinash Sable broke his own national record in the 300m steeplechase with a timing of 8:28.94 seconds, shaving off nearly a second on his previous national record of 8:29.80s. 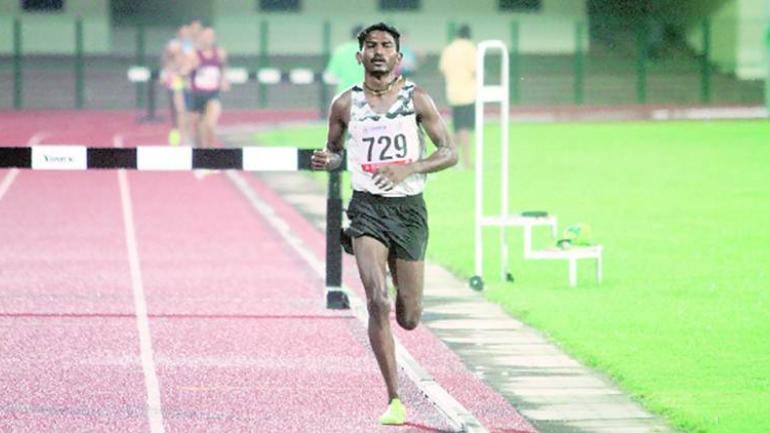 Improving his national record with a timing of 8:28.94 seconds in 300m steeplechase, Avinash Sable was in a class of his own at the Federation Cup in Patiala on Monday. The performance confirmed his spot in the Asian Championship and World Championship as well.

Shaving off nearly a second on his previous national record of 8:29.80s, Avinash showed he is a much improved runner than he was six months back when he smashed 36-year-old record set in the event by Gopal Saini at the 1981 Asian Championship in Tokyo.

The 24-year-old army man explained how he devised his strategy for the race using a pacemaker as he aimed double qualification from the beginning. A pacemaker is usually a guy who sets pace at the beginning of a race.

“Since my aim was to qualify for the World C’ships I knew a race pace was necessary,” Avinash told Mail Today. “That’s why I stayed behind a pacemaker for the first kilometre and then I took things in my own hands from thereon.”

The Maharashtra runner – who currently trains with coach Amrish Kumar in Ooty in the company of other long-distance running stars like Jinson Johnson, Manjit Singh and Sudha Singh, said his eyes are now set on the Asian Championship glory – slated in Doha next month.

However, his task out there will be cut out by Iran’s the reigning Asian Champion Hossein Keyhani. The Asian gold medallist was in a class of his own in Jakarta when he left his closest competitor six seconds behind with a Games record timing of 8.22.79.

Unperturbed by the challenge, Avinash said the Iranian is vital for his Olympic qualification ambition.

“His ability to pace in the final lap is impeccable. I intend to stay behind him in the race and will look to capitalise at the final stretch. Beating him will give me a major boost to qualify for the Olympics (whose qualification timing is set at 8:22.00),” said a confident Avinash, who serves as a Hawaldar in Army.