Gopi Thonakal made it to the World Athletics Championships, which will be held in Doha in September-October, after finishing 11th in the Seoul International Marathon. 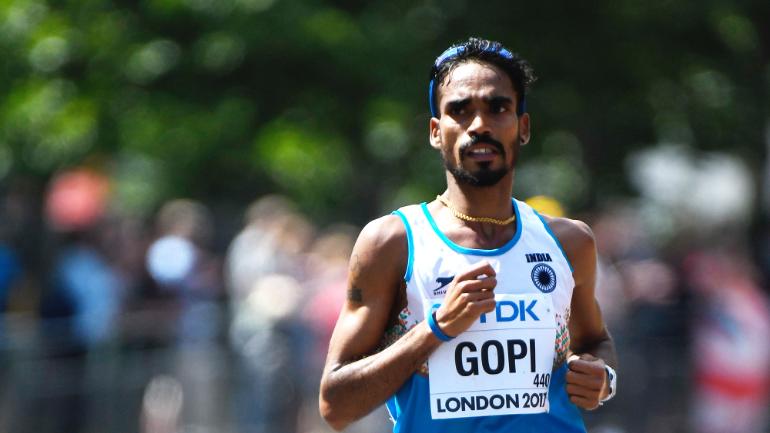 India’s Asian marathon champion Gopi Thonakal has qualified for the World Athletics Championships to be held in Doha in September-October after finishing 11th in the Seoul International Marathon.

The 30-year-old Gopi clocked his personal best time of 2 hours 13 minutes 39 seconds in the marathon race on Sunday, bettering the World Championships qualification mark of 2:16:00. His earlier best was 2:15:16 last year.

Gopi’s time is the second best ever by an Indian after the four-decade old national record of 2:12:00, which is held by Shivnath Singh.

Gopi won the Asian marathon title in Dongguan, China in 2017. He finished 25th in the 2016 Olympics. The following year, he took part in the World Championships in London and finished 28th.

KT IRFAN MAKES IT TO OLYMPICS

National record holder KT Irfan Sunday became the first Indian from athletics to qualify for the next year’s Olympics while finishing fourth in the 20 km event of the Asian Race Walking Championships in Nomi, Japan.

No other Indian from athletics has so far qualified for Tokyo Olympics.

Two other Indians, Devinder Singh and Ganapathi Krishnan also qualified for the World Championships as they clocked 1:21:22 and 1:22:12 respectively. They had finished second and fifth in the Chennai National Race Walk Championships with timings of 1:26:19 and 1:26:43.