IPL 2019: Lungi Ngidi, who was in the CSK setup, failed to recover from a left side strain while KKR pacer Anrich Nortje has pulled out due to a right shoulder injury. 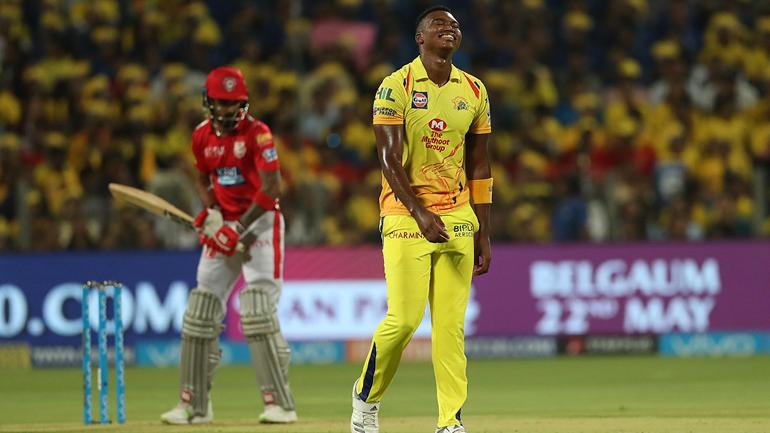 South African fast bowlers Lungi Ngidi and Anrich Nortje have been ruled out of the Indian Premier League 2019, just three days before the start of the tournament.

Lungi Ngidi is yet to recover from the left side strain which he had suffered during fifth one-day international against Sri Lanka while Anrich Nortje has withdrawn his name from the T20 league due to a right shoulder injury.

Ngidi made his IPL debut for Chennai Super Kings last season in which he played 7 matches and picked up 11 wickets at an impressive average of 14.18 including a four-wicket haul.

“Lungi felt discomfort while bowling during the last ODI against Sri Lanka at Newlands and immediately stopped bowling. Further scans revealed a Grade II muscle strain which will need up to four weeks of rest followed by a rehab programme leading up to the World Cup,” South Africa team manager Dr Mohammed Moosajee confirmed.

Anrich Nortje meanwhile, made his international debut for the Proteas earlier this month and played four ODIs against Sri Lanka in which he picked up 8 wickets at 18.75 before he sustained the shoulder injury which will sideline him for at least 6 weeks.

This is the third injury blow ahead of the IPL for KKR, who have already lost the young Indian pace duo of Kamlesh Nagarkoti and Shivam Mavi to injury, and have called up Sandeep Warrier and KC Cariappa as their replacements.

Defending champions Chennai Super Kings will play the opening match of the IPL against Royal Challengers Bangalore at the MA Chidambaram stadium on March 23 while KKR will start their season against Sunrisers Hyderabad at the Eden Gardens on March 24.