Gabriel Jesus reflected on not being able to start for Manchester City and said he was not in the situation due to his performance but because Sergio Aguero has been in top form. 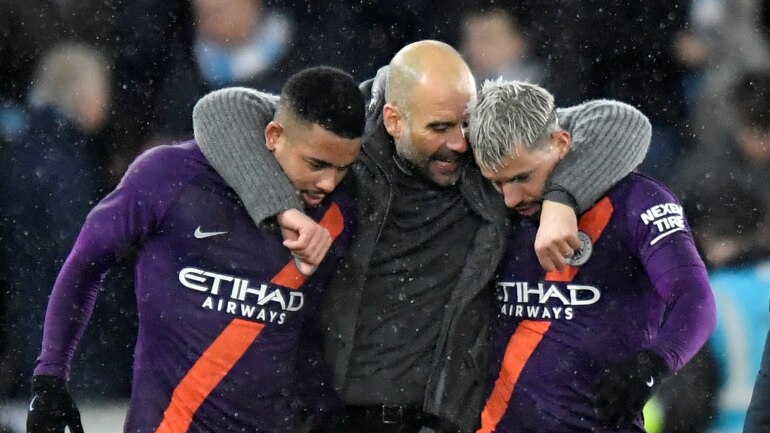 Brazil and Manchester City striker Gabriel Jesus has admitted that his career “stopped” following last summer’s World Cup, but says he is growing in confidence and ready to recapture his best form.

Jesus failed to score in Russia despite starting in each of Brazil’s five matches as the designated center forward.

The 21-year-old has since lost his regular starting place for Manchester City, managing just 12 goals this season in 33 appearances, many of which have come as a substitute, reports Xinhua news agency.

By contrast, his Argentinian teammate Sergio Aguero has thrived, with 25 goals in 35 matches for Pep Guardiola’s team in 2018-19.

“I’ve talked a lot with my family and my friends,” Jesus was quoted as saying by Brazil’s Globo Esporte news outlet.

“I had a very good time in my career and life. Things happened very quickly and then I stopped. I think it’s normal. I’m 21. I don’t have to rush things. I’m vying for a place with a guy who is the club’s top scorer [Aguero]. I was also out for 10 days with an injury. In the final stretch of the season I want to help my teammates achieve success,” he said.

Jesus added: “[The World Cup] doesn’t weigh me down anymore, but at the time it was very difficult to assimilate. My family and friends helped me a lot. I’m not in this situation [struggling for first-team opportunities] because of my poor form but because of the great form of Aguero.”

Despite his lack of minutes for Manchester City this season, Jesus is currently with Brazil’s squad for friendlies against Panama on Saturday and the Czech Republic three days later.

He said he is ready to perform should he be called upon by Brazil coach Tite and played down talk of any ill-feeling with Liverpool striker Roberto Firmino – his main rival for Brazil’s No. 9 role.