Cyclone Idai, which made landfall first in Mozambique on Thursday evening, spread to Malawi, Zimbabwe and South Africa affecting millions of people in the region. 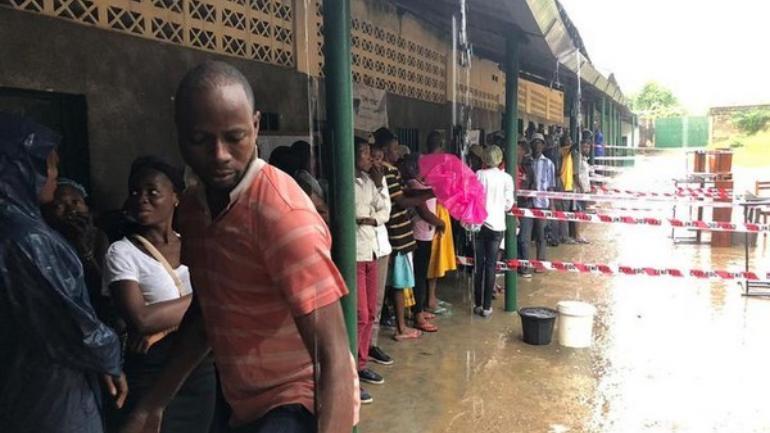 As of now, rescue efforts are being hampered due to high-velocity winds and torrential rains. (Photo: ANI)

A tropical cyclone left a trail of destruction in eastern Zimbabwe, with flash floods sweeping away houses and destroying trees and crops, killing 24 people and injuring hundreds of others. At least 40 people are also missing in the calamity, authorities said on Saturday.

Cyclone Idai, which made landfall first in Mozambique on Thursday evening, spread to Malawi, Zimbabwe and South Africa affecting millions of people in the region.

Rescue efforts are being hampered due to high-velocity winds and torrential rains.

“Currently the number of people confirmed dead is standing at 24, mainly from an area called Chimanimani East bordering with Mozambique. Two of those are students but 40 people are missing. Rescue efforts are still ongoing but due to heavy winds and rainfall, it is proving difficult to move with great speed,” Anadolu News Agency quoted Nick Mangawana, secretary in Zimbabwe’s Ministry of Information.

“Hundreds of people have had their houses destroyed and marooned on rooftops or in the mountains and the military is working flat out to rescue them,” he added.
Farmers in the affected areas said that massive losses have been recorded as agricultural fields have been inundated, destroying crop plantations.

In Mozambique, Malawi and South Africa, as many as 115 people died in the torrential rains owing to Cyclone Idai, affecting nearly 8,50,000 people across south-eastern Africa, according to reports.

At least 66 people were killed in Mozambique, 45 in Malawi and four in South Africa due to cyclonic rains which triggered flash floods.